Into The Entrepreneurial Mindset
Jay Luchs | © THE CIRCLE
All Interviews
May 2, 2022
We had the pleasure of interviewing Jay Luchs, a Vice Chairman at Newmark and one of the most successful commercial real estate brokers in the world. Originally from Potomac, Maryland, he has been living in Los Angeles since 1995. Recognized for his “For Lease” and “Leased” signs on buildings throughout the city, Jay Luchs has represented some of the world’s most notable fashion brands such as Louis Vuitton, Christian Dior, Celine and James Perse, and found retail and offices locations for LVMH, Tom Ford, Aviator Nation, Fred Segal, Christian Louboutin, Alo Yoga, SBE Entertainment, Craig’s, Avra Beverly Hills, Sean “Diddy” Combs and many others. Having closed billions of dollars of transactions, Luchs and his team also represent over 125 properties on behalf of various landlords.

How would you describe your ambition both early in your career and today?

I have always been ambitious. Moving to LA to dive into the entertainment business was ambitious in general. Lots of us have moved to LA and have experienced something similar. Once I got into real estate 5 years after I moved to LA, I felt like I had found something real. It drove me to be extra ambitious and never look back. I’ve always had a drive but there was nothing like the puzzle coming together. From knowledge to deals to loving the day to day grind, it inspired me.

What were some of the roadblocks you faced when starting out?

Some of the roadblocks I faced included the incredibly low salary — which was painful, and I was intimated by how many areas there were to learn. Later on, I decided to focus on a certain market (call it LA) from Malibu to Downtown and everything in between. But when I started out, the people I worked for were representing brands looking at every shopping center and regional shopping strip in Southern California. It didn’t feel right and luckily, I morphed into someone who would focus on a higher end market. It’s also endless and busy within the area I focus on, but I’m more excited by it than trying to find my way in cities I didn’t understand.
“If you can get comfortable with the fact that making mistakes is part of the game and not let it get you down, you are one step ahead.”

Can you tell us about a mistake you made when you were first starting and the lesson you learned from it?

I can’t recall one mistake that sticks out but I make mistakes every day and made them 20 years ago. If you can get comfortable with the fact that making mistakes is part of the game and not let it get you down, you are one step ahead. It’s a big part of being successful.

What is the one thing you wish someone told you when you first started?

I wish someone had told me there is a light at the end of the tunnel. I figured it out on my own but the first years in the business were really tough and frustrating. If you stick to something and give it time eventually you will become an expert whether you realize it or not.

It’s a great question but I laugh inside because each day is pretty intense. Where do I start. Every day is a different day with a calendar that’s all over the place. It’s pretty much mayhem from juggling through calls, emails, touring people around to see locations and trying to negotiate ongoing deals. There aren’t enough hours in a day for me. But I do love the intensity and I don’t know what I would do without being busy.
“Nothing usually happens over night or from cutting corners. The best way to become a success is to dive in.”

What is the most interesting story that occurred to you in the course of your career?

There have been many. One that stands out was before I got into real estate, but it did influence me. There was a man sitting in a cool classic convertible outside a bagel place in Brentwood and it had Maryland license plates. I walked passed his car and said I’m from Maryland. We started talking and he could tell I wasn’t sure what to do with my career. I had been in LA for a year at that time. He said whatever I choose it’s going to take 5 years before I find any real success in that career. He scared me but also shared reality with me. Nothing usually happens over night or from cutting corners. The best way to become a success is to dive in. Work for others as an assistant, do what you have to do to learn and grow. It takes time to learn and for others to gain trust in you.

Which aspects of your personality have been helping you achieve more?

I would like to think that it’s what you see is what you get. I’m intense and very focused on getting deals done, but when it comes to being around people I realize life is short and you can’t take yourself too seriously. Even when I am in a serious mode, there is a way to be calm, sincere and lighten the mood with a few stupid jokes. I feel out different situations but I always feel better when I lighten the mood in a room.

Is there a motto you live by?

How do you communicate with your clients and how do you build trust?

I talk to them with respect (unless I’ve been disrespected) and bring them in through knowing as much as I possibly can about what is happening in the real estate market in Los Angeles. I know a little about a lot of things. With real estate in LA, I know a lot because I’ve been given the opportunity to be a part of the curation of the city through new retailers, restaurants, fitness studios, offices and sometimes hotels. I’m in the know doing things that others hear about after I do them. Clients can usually tell and likely can feel how much I care about what I do and about Los Angeles. Also, lots of business gets done by word of mouth and if you do right by people, word travels fast. If you are one and done, they will know it too.

What advice would you give to someone considering becoming a commercial and/or residential real estate broker?

Work hard. Don’t be bothered by stories of success you read and hear about that intimidate you. The fastest way to make it is to spend years of hard work until one day you know you have made it or are close to it. The residential TV shows on the air glamorize real estate brokerage and people’s success is often thrown in our faces from news sources to Instagram to television. The only way to have a soul and be real and respected will come from working hard. Trust me, the rest will follow.

What habits have you implemented to achieve your goals?

In short, I’m a true workaholic and I don’t stop.

What are five steps that someone can take to become more successful?

I would say:
– Do research
– Have a good attitude around those above and below you
– Be honest
– Be grateful to those who help you
– Don’t stop trying

Which person has inspired you the most in your life and why?

I don’t have just one. I look up to many people, from modern day success stories to athletes I looked up to as a kid. Many not in my field, just successful people like Phil Knight, creator of Nike, or Steve Jobs, creator of Apple. As a kid, there was a player on the Washington Football team (the Redskins at the time and now the Commanders). John Riggins was his name and he was known as the Diesel. He ran through people and wouldn’t stop until a large group of opponents had to drag him down. His second effort was second to none and he was a hero to me as a young kid.
“I owe it to them for allowing me to follow my dreams.”

Who is your biggest influence and where do you get your entrepreneurial spirit from?

My dad co-owned a real estate company called Shannon & Luchs, which was founded in 1906 in Washington DC by my great-grandfather Morton J Luchs and Herbert Shannon. It was a commercial and residential brokerage firm that developed properties as well before the mid-century. At an early age of 5 or 6, my sister and I would go look at houses with my parents. As years went on, I would get very interested in the history of Washington DC real estate and the history of the company. In 1937 for example, Shannon & Luchs developed an L shaped shopping strip with parking in front of it, and per the articles I have read about that property, a copy of one similar property in California lead to more of those little shopping strips and eventually became “the mall” as we know it today.

My parents, sister and I had great times diving into history. Years later after my dad sold the company (in 1991), my dad and I donated over 20,000 pages of material including newspapers, marketing books and other documents to the American University where students can borrow some of the material for their own research. Those documents included some incredibly interesting things. I could go on for days but will talk about one. In 1913, Shannon & Luchs built townhouses across from Georgetown University selling for $13,000 each. The marketing book explained to people that they could get what’s called a “loan” putting down a percentage of the price and pay a monthly thereafter. Today, they must each be millions of dollars. They were sold back in the day but knowing the family built them and explained to buyers how to buy them is incredible to me. Also in that marketing book was a drawing of a family sitting around a fire place. Today would be color photos and videos of the inside and out.

The Shannon & Luchs history and the “For sale” signs from 1906 lasted until 1991 with the same logo. In 2013, when I partnered with Steven Schaefer to open a residential division, we replaced the name Shannon with Schaefer and brought the green and white logo back to life. We hope to have many more of those signs pop up around LA in time.

So, to answer your question with a very long answer that brought me back, my mother and father both inspired me, and I owe it to them for allowing me to follow my dreams and move to LA. They have given up on my coming home, but they do seem to enjoy hearing about what I am doing now and see that their inspiration wasn’t lost.

What legacy do you want to leave behind?

I hope to be remembered someday for being passionate about my city of Los Angeles and contributing to making it better. I don’t even know where I am in that process now, but I’m doing my best to make a difference.
Jay Luchs | www.jayluchs.com | @jayluchs
Share this interview

MORE FROM THE CIRCLE

Subscribe to THE CIRCLE
Copyright: THE CIRCLE 2022 by LUMINAR PRODUCTIONS
All Rights Reserved

Material on this website may not be reproduced, distributed, transmitted, cached or otherwise used, except with prior written permission of THE CIRCLE.

Get copies of the 2022 Edition 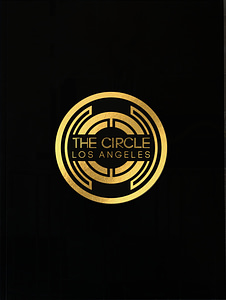 Apply to be interviewed by THE CIRCLE

Send an email to hello@thecircle.la or fill in the form below.

Sign up to hear about news, updates and events from THE CIRCLE.

Our team is currently working on the 2022 issue of THE CIRCLE Magazine. Stay tuned!

Order a copy of THE CIRCLE Magazine – Los Angeles 2021 and get free access to the digital version!